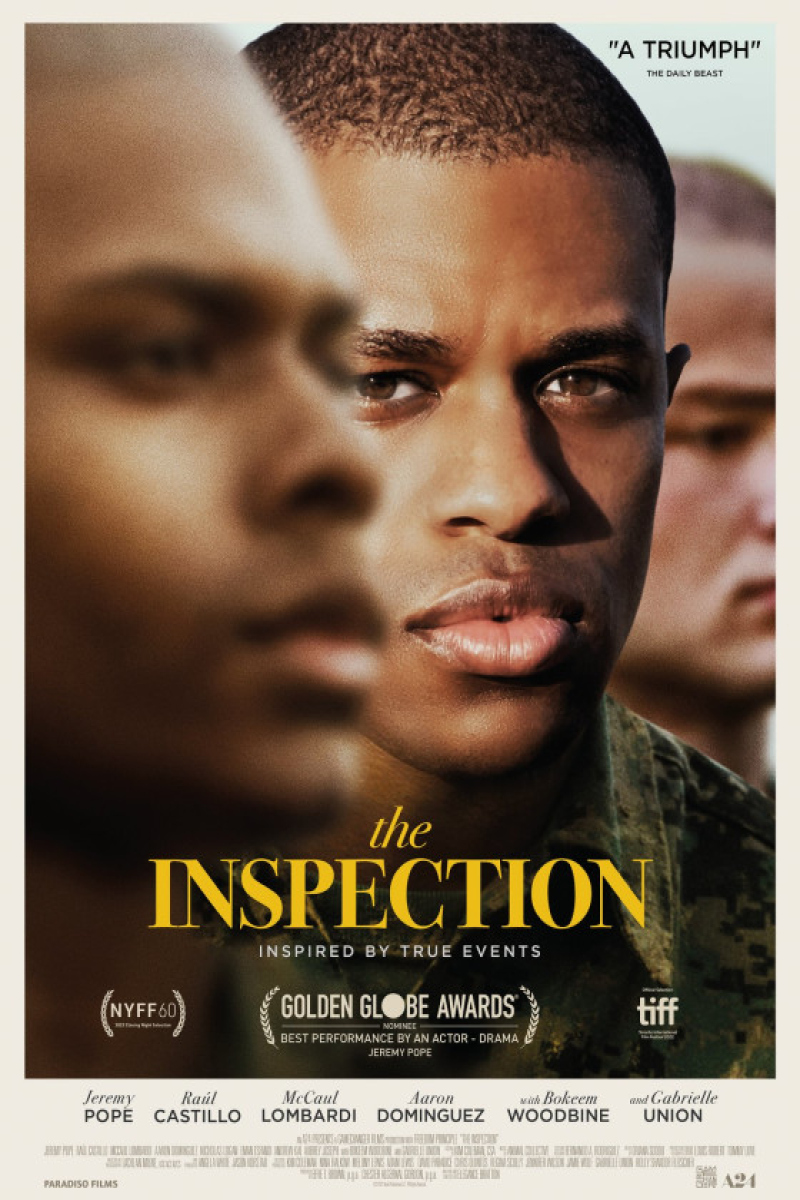 In Elegance Bratton's touching film, inspired by his own story, a young black gay man, rejected by his mother and without many options for his future, decides to join the navy and do whatever it takes to succeed in a system that would reject him. As he struggles with persistent prejudice and the gruelling routine of basic training, he finds unexpected camaraderie, support and strength in this new community, giving him a hard-won sense of belonging that will shape his identity and change his life forever.

In this first feature film, the director avoids the trap of being too complacent and simply condemning a system that crushes individuals. He shows strength and empathy and takes the time to explore the difficulties of other recruits and the different sensibilities of the trainers. A powerful story and a great performance by Jeremy Pope (seen in the series Hollywood) and Raul Castillo (seen in the series Looking).